John Williams’ Olympic Fanfare is playing on repeat on my IPhone as the best Illinois Olympians head to Brazil.

You know what that means my fellow Lake Countians. The Olympics are beginning this weekend. Unfortunately, Chicago didn’t get the games like it was supposed to (which would’ve been awesome for Lake County).

That’s still not going to stop me or any of us from watching the games in Rio De Janeiro, Brazil.

There are a slew of Illinois Olympians. There are even two Lake County Olympians!

Here is a rundown of your Illinois Olympians competing in the 2016 Summer Olympics in Rio, so you can help cheer on your fellow Land of Lincolners go for the Gold.

Fun Fact: Dennis dropped out of the sport in 2013 and moved to California. In California, he lived out of a van with no TV or internet and returned home in 2015 where qualified for the U.S. team. 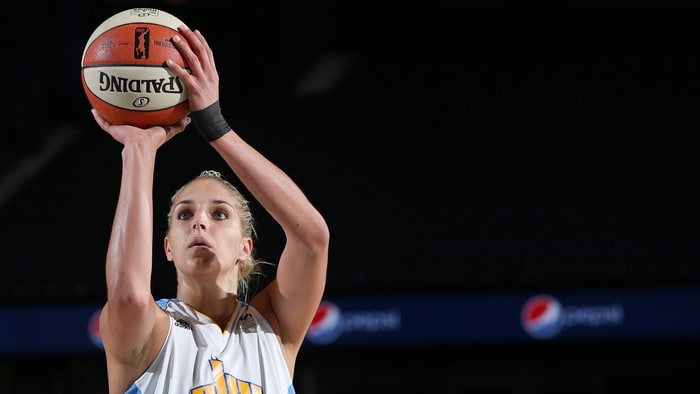 Name: Elena Delle Donne
Illinois Residency: Chicago
Events: Basketball
Fun Fact: In her rookie season on the Chicago Sky, Delle Donne led all players in All-Star votes – the first time this has been done. Del Donne was also awarded the 2013 Roopkie of the year. Last season, Delle Donne was named MVP in the WNBA posting 23.4 points per game, shooting 95 percent from the field and was third in the league in rebounding.

Name: Jimmy Butler
Illinois Residency: Chicago
Events: Basketball
Fun Fact: Jimmy Buckets is a member or the Chicago Bulls. Although originating from Houston, TX, he has had much success in the Windy City including making the All-Star Team in 2015, 2016 and winning Most Improved Player in 2015.

Illinois: Urbana-Champaign. Akinosun is also a two-time NCAA Champ in the 4×400 Meter and the second woman in history to score in four events at an NCAA Outdoor Championship in consecutive seasons.

Name: Ben Kanute
Illinois Residency: Geneva
Events: U.S. Triathlon Team
Fun Fact: Kanute is an all-state swimmer and cross-country runner who has also been a competing in triathlons since he was eight years old.

Name: Tom Jaeschke
Illinois Residency: Wheaton
Events: Volleyball
Fun Fact: Jaeschke is a strong addition to the USA Olympic Volleyball Team. As an outside hitter, he not only helped Wheaton Warrenville win an undefeated IHSA Championship, but he also assisted Loyoola for titles in the 2014 and 2015 NCAA Men’s DI-II National Championships.

Name: Kelsey Robinson
Illinois Residency: Bartlett
Events: Indoor Volleyball
Fun Fact: Robinson has a long list of accolades she has racked up over the years. She was named Second Best Outside Spiker for 2015 FIVB World Grand Prix after leading the Finals in receiving with 80.5 percent efficiency.

Illinois Olympians: Go for the Gold! Continue here to find out more about our Olympians in the Land of Lincoln. Let’s Go Lake County!